Bulova Accutron Steel,  Made in the 1970s. Fine and rare, round, electronic, center-seconds, water-resistant, stainless steel wristwatch. Accompanied by fitted box and guarantee.

Case: Two-body, polished and brushed, lapidated lugs, back winder and hand-setting bow. Bracelet is not original to the watch.

Bulova was founded in New York City by Joseph Bulova in 1875. The company was very successful producing and selling watches in the USA. In 1912 they expanded their production by establishing a manufacture in Bienne, Switzerland. The company expanded its reach throughout the 20th century from its headquarters in Flushing, New York, and was considered an icon of American watch production. Bulova reached its pinnacle in the early 1960's with its production of the Accutron

The Bulova Accutron watches was introduced in late 1960. The watch uses a 360 Hertz turning fork instead of a balance wheel as the timekeeping element. The tuning fork was powered by a one-transistor electronic oscillator circuit, and it is therefore considered the first electronic watch. Instead of the ticking sound made by mechanical watches, the Accutron has a faint, high pitch hum which came from the vibrating tuning fork. A forerunner of modern quartz watches which also keep time with a vibrating resonator, the Accutron was guaranteed to be accurate to a minute per month, or 2 seconds per day, considerably better than mechanical watches of the time.

The present watch is a great example of the classic Accutron with its original box and papers. 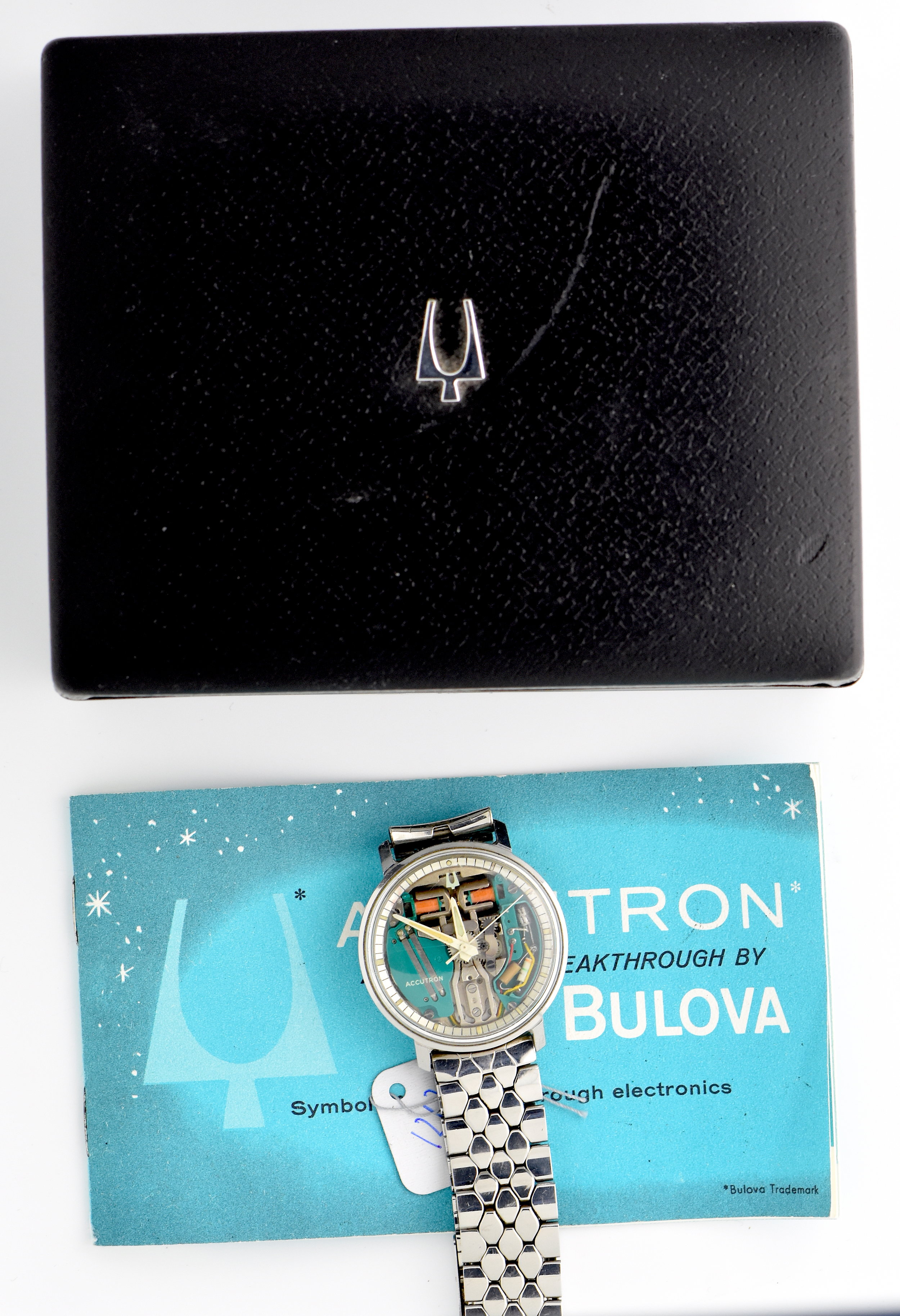