Georges Eberhard established Eberhard et Compagnie in La-Chaux-de-Fonds in 1887.  The manufacture gained popularity after the First World War as a Wristwatch Chronograph maker at a time when such complications were still rarely used.

In 1935, Eberhard introduced a rather unique chronograph with two buttons featuring stop and start functions without the need of a reset. This will be followed with the introduction of the rattrapante or split-chronograph. Eberhard was a purveyor to the Italian Military during the Second World War along with Officine Panerai.  After the war, the company was also well known for chronograph such as the Extra-Fort and the Contograf but also for diving watches such as the Scafograf.

With its 40 mm. case, this watch stands well out of the crowd of its counterparts of the time, when a 37 mm. timepiece was considered oversized. The generous case is wonderfully preserved, with the step on the bezel well defined and crisp. The dial has a perfect enamel dial with no crack or chips. While the beauty of this watch is undeniable, the technical aspects of the piece are noteworthy as well: the two chronograph buttons in the band deceivingly lead the casual observer to think this is a normal chronograph. Actually, however, this is a single button chronograph, with the pusher at 2 o' clock used for the start-stop-reset cycle. The pusher at 4 o' clock is in effect a slide that, when activated, stops the chronograph in its track.

A beautiful and unique watch which would make any sophisticated collector proud. 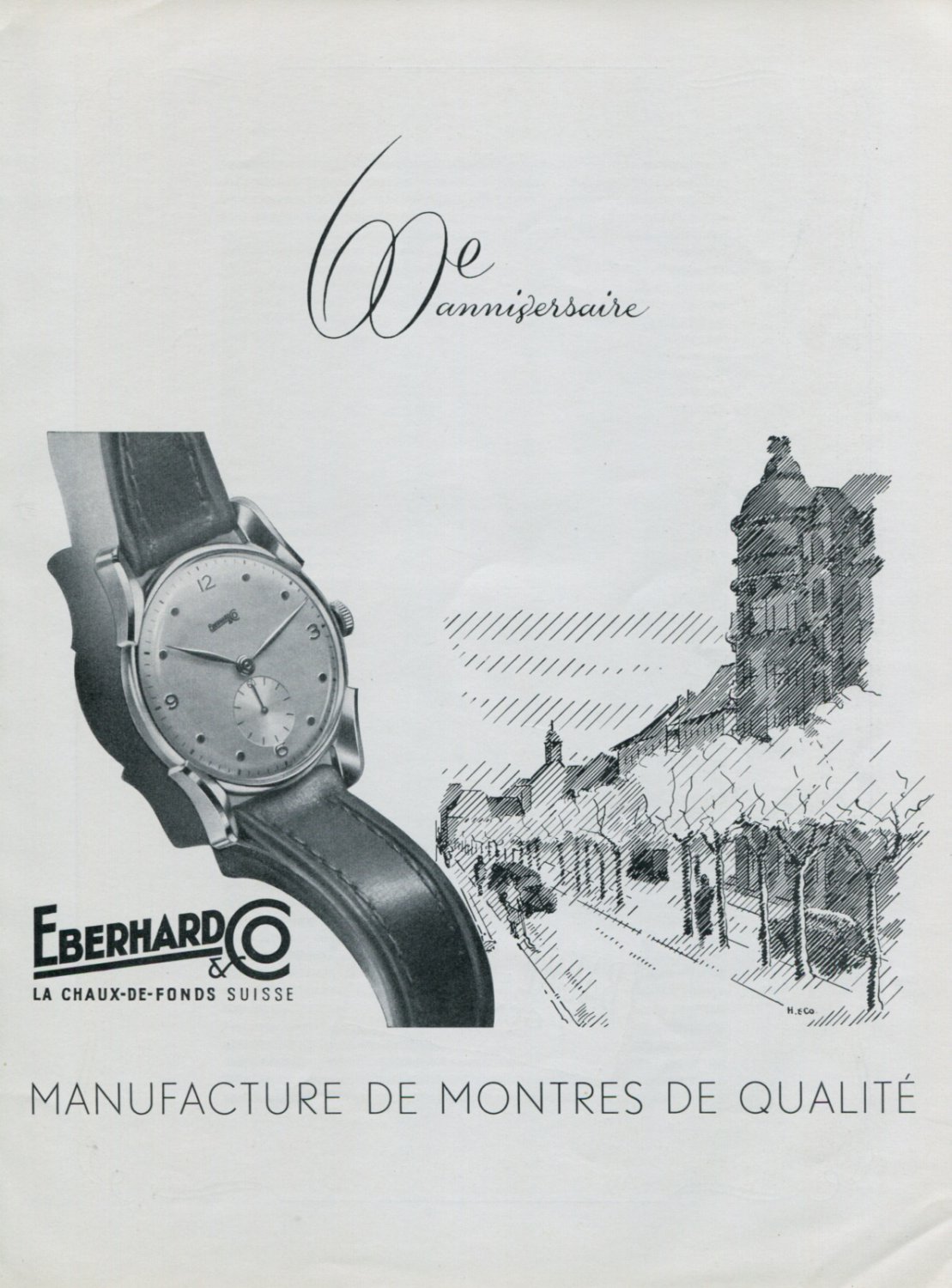