Case: stainless steel three-body, polished and brushed, screw back and crown, graduated revolving black bezel calibrated to 60 units. Case has some nicks and marks. Some marks and scratches on case

Eberhard & Co. is often associated with chronographs, having started producing the complication in the 1930’s. Although the brand is known less for its other technical models, Eberhard & Co. produced high quality “tool” watch models, including the Scientigraf, the Contograf, and the Scafograf.

In the 1950’s, Eberhard & Co. launched the Scafograf model line, a water-resistant dive watch that evolved to stand out from its competitors with the addition of a date display and large case size. The earliest Scafograf models were resistant to 100 meters, did not have a date display, and was produced in very limited numbers. The Scafograf 100 was followed by a 200-meter model that was available in date and no-date references.

Being more of a “collectors” watch, early Scafografs represent excellent value for what is a relatively rare and interesting dive watch. 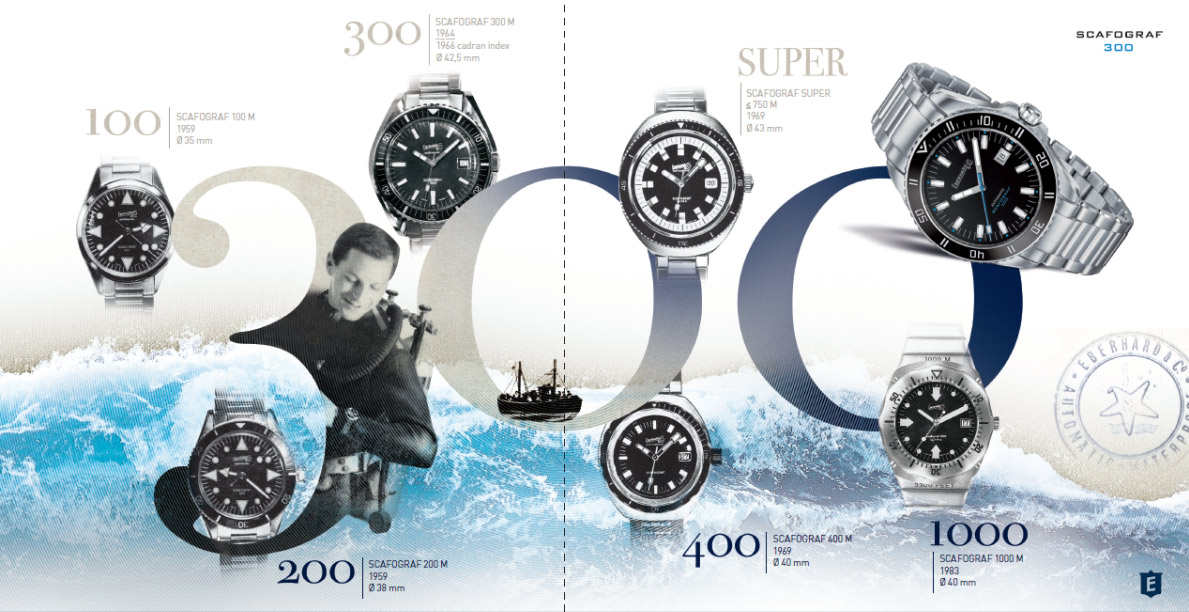