Heuer, "Bundeswehr." Made for the German Military in 1970s. Military wristwatch with black bezel, round button Flyback chronograph and register.

In the early 1960s, Leonidas watch company began producing chronograph wristwatches for the West German Federal Airforce, the Bundesluftwaffe. When Heuer bought the Leonidas company, they continued to produce some of the Leonidas designs, including the Bundeswehr models.

There are several configurations of the Heuer-branded dials. The present example is from the late years of production, featuring the larger “Heuer” logo below 12 o’clock on an otherwise sterile dial with no markings.

Heuer also issued watches to other units of the German military, so the case backs for the watches issued to the Bundeswehr were engraved with numbers corresponding to the specifications for these watches. The Budeswehr cases were produced by Sinn, and both companies reached a deal where Sinn would be allowed to use the cases they produced as well as the movements to sell Sinn-branded versions.  While production of the Heuer-branded watches ceased in the late 1970’s, Sinn continued to produce the Bundeswehr into the 1990’s and was responsible for servicing any of the military-issued watches after Heuer production ended.

The Heuer Bundeswehr is sought after for its functionality, with large numerals and flyback chronograph and modern design compared to many watches of the 1970s. 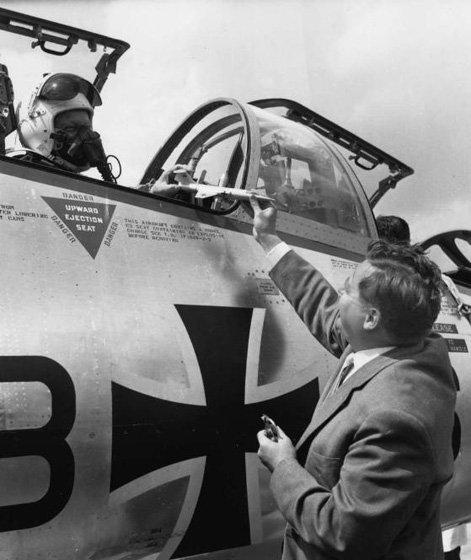