Ulysse Nardin, the company, was founded in 1846 and remained under Ulysse's control until his passing in 1876, when his 21-year old son, Paul-David Nardin took over.

Since the founding of the company, Ulysse Nardin was known for their high-quality and high-accuracy craftsmanship, so much so that they became known worldwide for their Marine Chronometers, the most accurate mechanical clocks ever made, achieving a precision of around a tenth of a second per day.

In 1983 Ulysse Nardin was purchased by a group headed by Rolf W. Schnyder, its current president. Mr. Schnyder brought in Dr. Ludwig Oechslin, a scientist, inventor, historian and watch-maker extraordinaire with whom they set out to design and develop complicated timepieces that had never before existed. The company was the first one to incorporate Silicium in a watch movement with the introduction of the Freak. Ulysse nardin was sold to Kering in 2014.

This cushion shape chronograph with a beautiful enamel dial is a rare example that has been perfectly preserved. The red colored pulsometer scale is a demonstration of the art of enameling. A beautiful high quality collector watch at an affordable price. 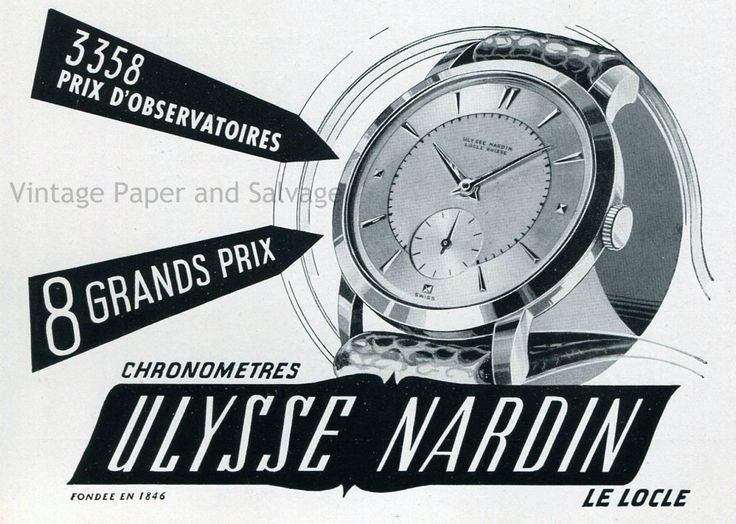