Universal Geneve was established in 1894, and by the 1950’s was known internationally as a manufacturer of accurate and well-designed chronographs and complicated wristwatches. In 1954, Univeral Geneve opened a new production plant to accommodate after-sales service and produce new models.

In 1953, Univeral introduced a water-resistant Tri-Compax, which led to the development of other water-resistant models. The first model to be produced in the new factory was the Polarouter – produced for the Scandinavian Airlines System (SAS) trip from Europe to North America by crossing over the North Pole. Later renamed “Polerouter”, the watch is also important for its designer – Gerald Genta.

With the success of those early Polerouters for the SAS, a new caliber (Cal. 215) was developed and used for later models, featuring the brand’s first micro-rotor. Other iterations of the Polerouter include the rare Polerouter Sub, and the Polerouter with date.

In 1962, Universal Geneve began developing electronic movements, which would lead to their foray into quartz watches and the outsourcing of production of their own chronograph movements. The Polerouter models represent the time before the Universal Geneve brand headed into a more modern direction. The present Polerouter is in excellent condition and 18k rose gold version with a black dial are extremely rare since most were fitted with a matching pink dial. 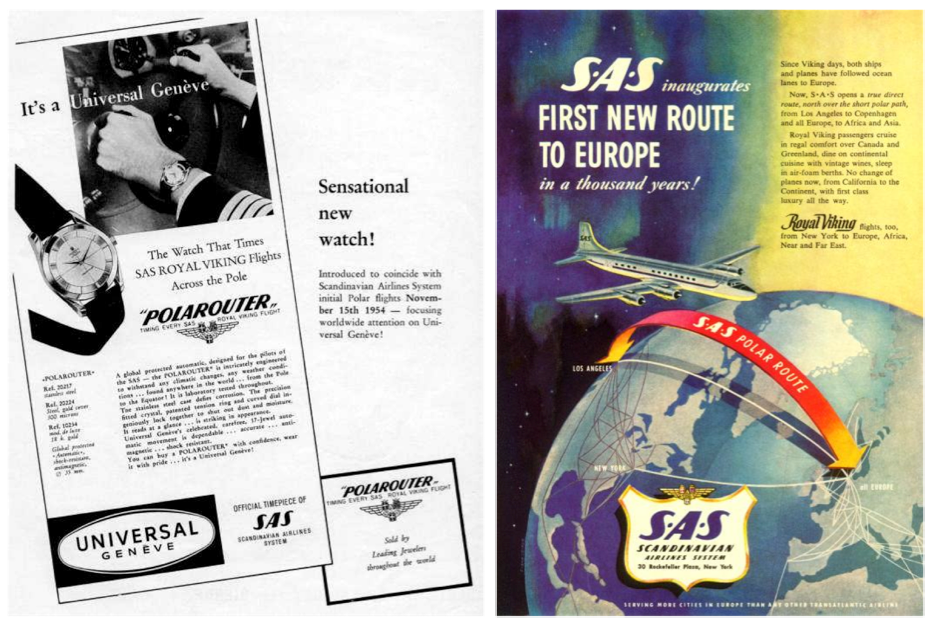