Universal Geneve produced the Tri-Compax model from the 1940s to the 1960s. The watch that would become the crown jewel of Universal Geneve's chronographs came in multifarious sizes, with varying dial and hand configurations. The present watch, a mid-sized version in 14k yellow gold, features a red hand for the date. Another detail which sets it apart from its predecessors: the lack of a face on the moon.

The Tri-Compax was fitted with three different calibers throughout its run. The present watch is an example of one with the gold-plated caliber 481, used in models between 34.5 and 36mm. The caliber 481 replaced the caliber 287, which lacked the shock protection found in later calibers, and was in its own turn phased out by the robust, compact caliber 281, which powers sportier versions of the Tri-Compax.

Universal Geneve enjoyed a reputation for exceptional quality and craftsmanship, being distributed by the Henry Stern Watch Agency in the US and Hermes in France. A recent resurgence in popularity only solidifies the reputation Universal Geneve earned during its heyday. The present watch, a handsome example of the iconic Tri-Compax, would make a fitting addition to any collection. 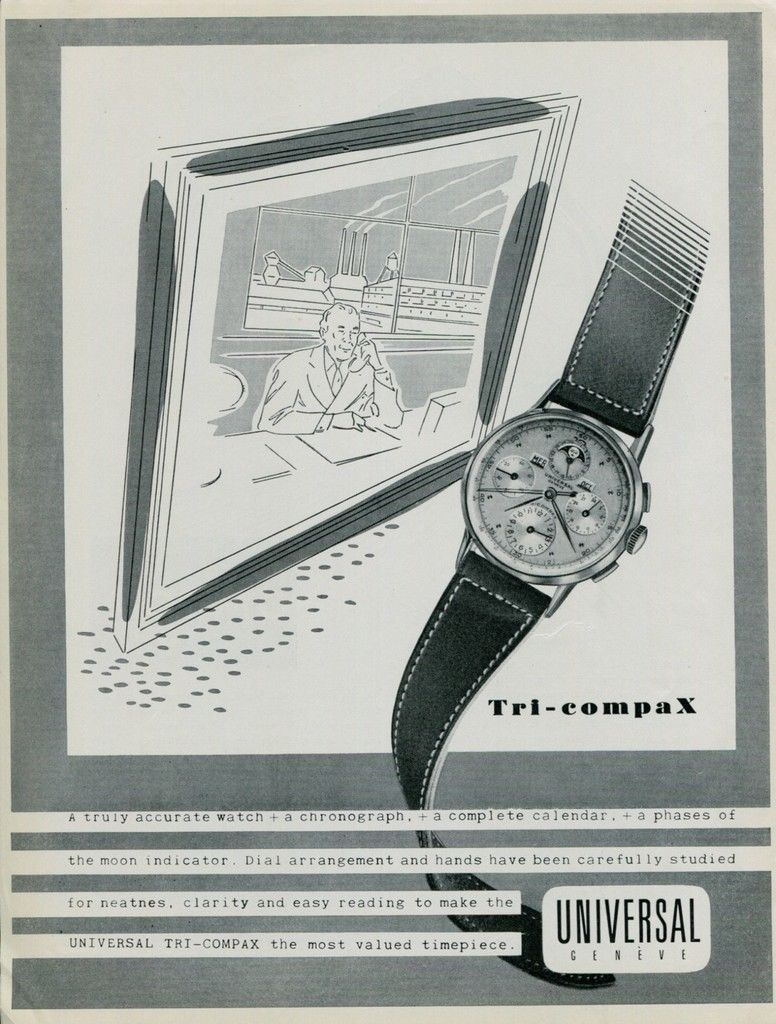